31 7월 IBK met CEO of the Month, Seon Kyung Yoo of DRAX that Extends to the World

Introducing the interview of DRAX CEO Seon Kyung Yoo who was introduced in the April issue of <IBK’s Small and Medium Business CEO Report>, which is Korea’s one and only Economics∙Management Journal for small and medium business CEOs.

‘Let’s make free and comfortable fitness equipment that makes people feel like they are exercising in nature.’
DRAX has entered 43 different countries in the world and makes over 33 Billion Won in profit and it started with this one-line sentence. We met DRAX’s CEO, Sun Kyeong Yu, who dreams of being in the TOP 5 of the world market.

Smartphone lets you control exercise intensity and the monitor shows how much you walked and how much you reduced calories in real-time. As I got tired from exercising, I turned on a movie and started walking slowly and the motor automatically adjusted to my pace. This is the view of the ‘Smart Gym’ that was introduced by DRAX system. DRAX is a technical innovation company with 43 patents on technology and the company develops and manufactures enjoyable and smart fitness equipment for individuals with various needs. CEO Seon Kyung Yoo said that he focuses on the ‘nature of exercise’, ‘safety’, and ‘enjoyment’ when he makes fitness equipment.

Until he made his own production process

CEO Yoo, a formal engineer at LG-OTIS R&D Center, came across the fitness equipment industry through his senior in 2000. After he did market research, he decided that there is a prospect in the industry, and established Doobiwon Co., LTD in 2001.

“As I analyzed the business, there was a close relationship between fitness equipment and machine and electricity. I had confidence that I could utilize my college major and professional skill I acquired from corporation life, so I started a company.”
At that time, treadmills that were manufactured and sold in the domestic market did not have a good quality, so he had confidence that he could make higher performance products by adding technology. The first product that CEO Yu released was ‘Incline Trainer (Hiking fitness equipment)’ that had a higher exercise effect than walking on the flatland. Since it was not introduced in the domestic market yet, he thought it could be differentiated. For this product, he only designed it, and it was manufactured from an outsourcing manufacturer, and it had a good response as soon as it was released. Japanese buyer confirmed the product and he ordered two containers at the spot. The problem was from then. It had a long production period, and the manufacturing cost accounted for 90% of the selling price, which was too high. There were even defects in products that were exported to Japan. It was the quality problem of the inverter part supply company. By actively resolving the issue, he was able to continue business with Japan. Through this process, CEO Yu decided that it would be insufficiently competitive if he didn’t have an internal manufacturing system, so he started making at least one internal manufacturing process each year. Also, health clubs, which were the majority of the customers, wanted to purchase various fitness equipment at once. Because DRAX only had one product, it was a disadvantage.
“Even now, having a product range and reducing manufacturing cost is still where our company focuses on. As a result of concentrating and investing our competences for these two, we were able to grow as we are now.”

For the first time in the world, CEO Yoo succeeded in commercializing a treadmill that automatically adjusted its speed. The advice of Japanese buyer who highly valued DRAX’s technology was a great help at that time.

“His advice was that the biggest reason why marathon runners don’t exercise on the treadmill was that they could get injured or they were not able to focus on exercising when they tried to adjust the speed. So I researched on a treadmill that could adjust its speed on runners’ wills as if they were running on the ground.”

The product that was developed from this is treadmill ‘Redon’. Redon was patented with ‘Speed Sync’ that automatically adjusted the speed and ‘Floating Tech System’ that reduced the impact. People who exercised with Redon at the sports center gave favorable comments and it was selected as ‘Excellent Procurement Product’ by Public Procurement Service. CEO Yoo evaluated that innovative technology that is faithful to its fundamentals could develop the fitness industry as a whole. “It is really worthwhile that technology could improve the quality of human life.” 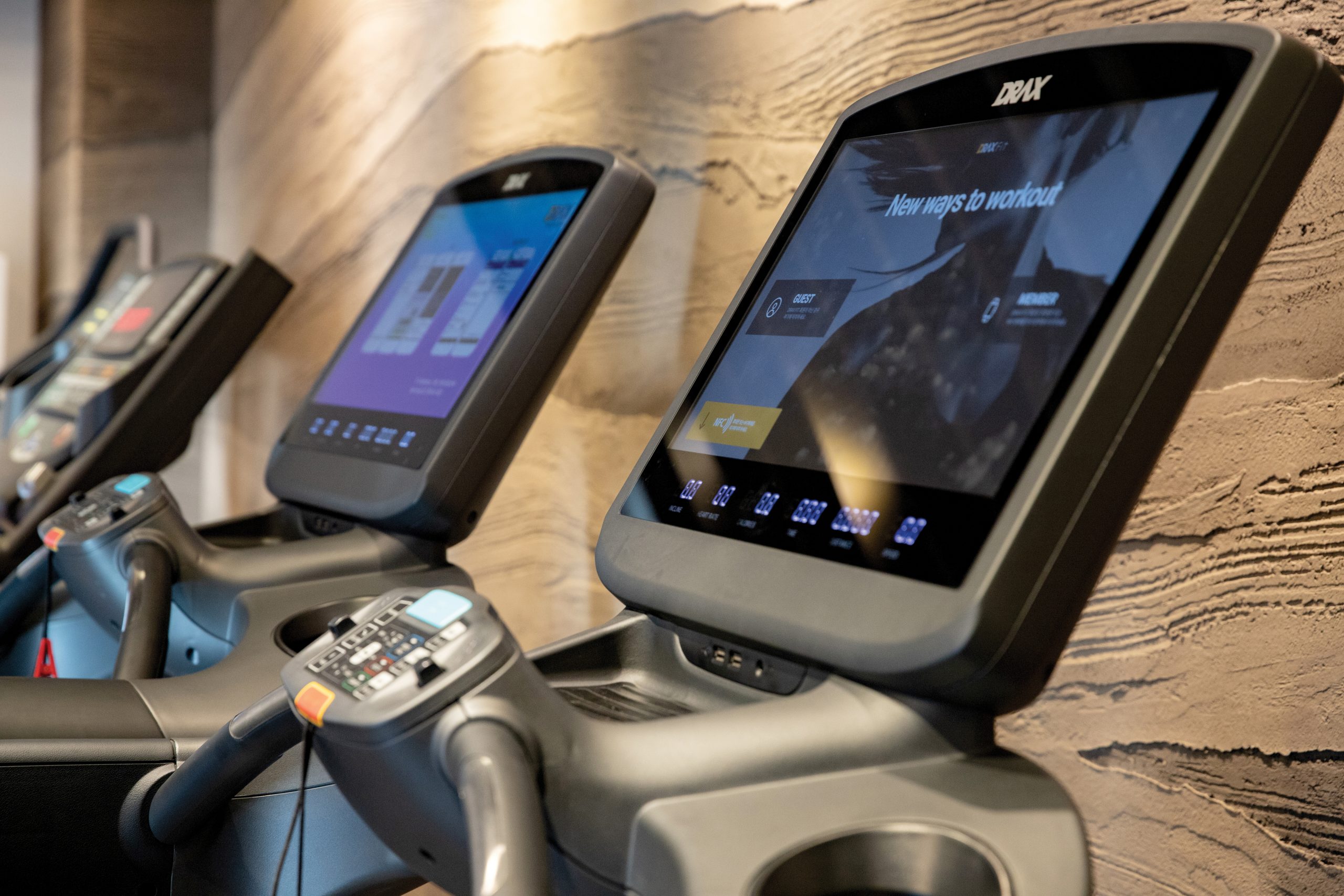 However, he derived great success from this challenge and he was able to bring up sales to 8.7 Billion Won that year. With this success, he was able to change the company strategy from livelihood-company to an aggressive investment and marketing company. Through continuous investments, he procured various product ranges and increased self-production and grew cost competitiveness. Later on, he completed weight fitness equipment, and this allowed DRAX to grow fast. In 2015, DRAX was able to commercialize the world’s third curved non-powered treadmill ‘DRAX Fit’. DRAX Fit was evaluated to materialize the effect of exercising in nature with high front and rear deck and low center. As the company entered the global market, it changed its company name to DRAX and as the production grew, it built and moved to 7,590㎡ size office building and factory in Manahn-gu Ahnyang-si, Gyeonggi-do. It was 2016 when the company perfectly finished the One-stop system that assimilated the whole process of manufacture and it made a meteoric rise to be the No.1 brand of Korea. DRAX is the one and only brand that directly processes, manufactures, and assembles fitness equipment. 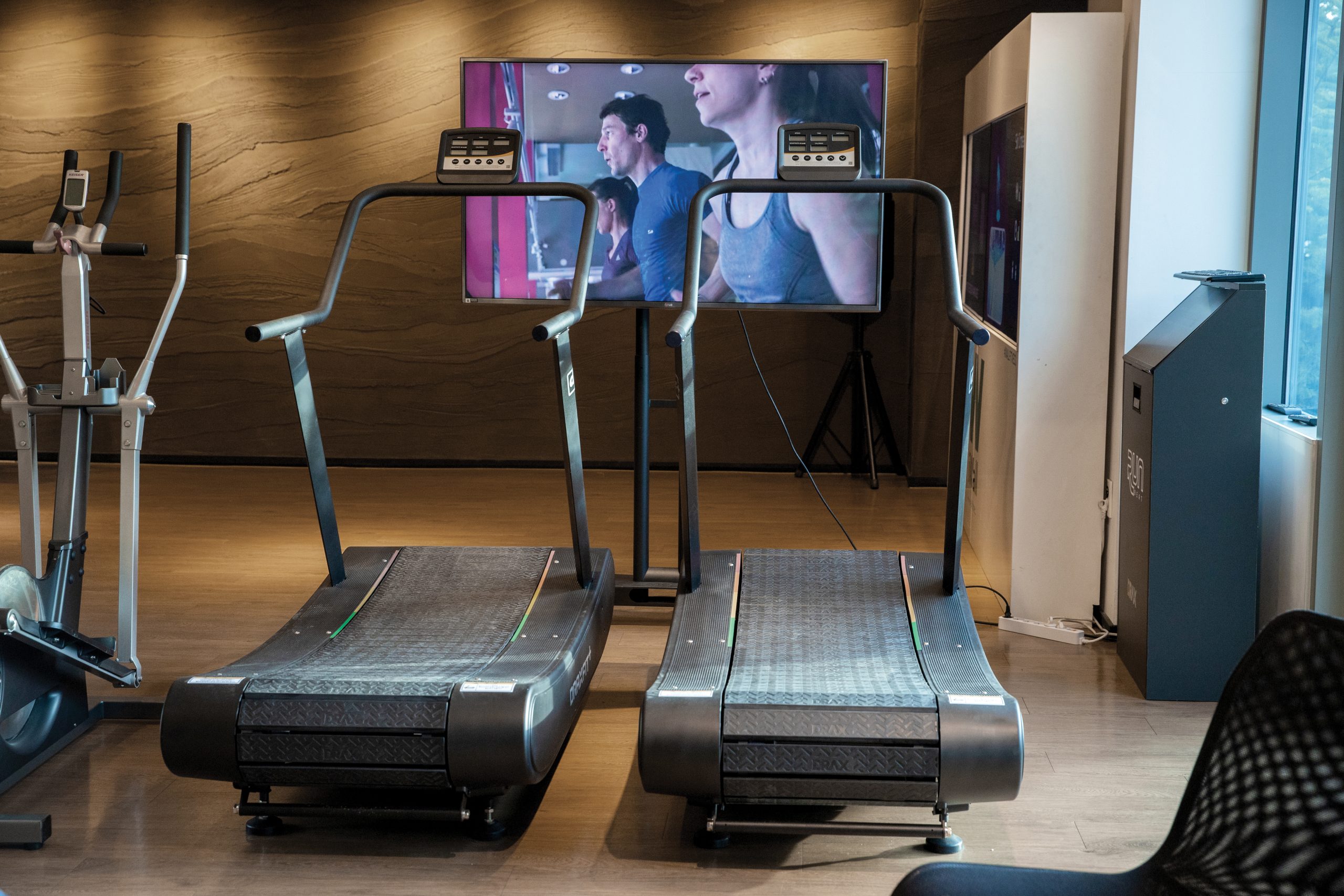 “Our biggest advantage is that we can supply a world-class product at a reasonable price. We can penetrate this strategy because we directly process everything.”

Focus on building a smart system that communicates

“First, the fitness equipment that we make is enjoyable. But, if you look at it closely, it contains a lot of technologies. You can feel it communicating with us as it watches and manages our exercise.”

CEO Yoo emphasizes ‘motivation.’ If you want to continue exercising, you must be motivated and it must be not boring. As a result, functions that make you keep exercising must be included in the new product. DRAX made a treadmill that allows you to do mirroring while you exercise. This product interprets exercise as an extension of personal enjoyment and daily life and it is gaining popularity. Like this, fitness equipment manufactured by DRAX is equipped with smart technologies that read people’s minds so it allows more convenient and efficient exercise. The reason why DRAX is drawing attention in the global market is that they focus on building a smart system that can change the fitness environment.

“Each person has different requirements for exercise. Some people don’t like crowded places, some want active coaching, and some want competitive exercise. We need to provide an exercise platform that customizes each person’s characteristics.”

CEO Yoo emphasized that his goal of creating a platform is to change the existing fitness market environment rather than creating a new value. Even though they are generating high sales right now, he believes that changing the fitness market environment will lead to greater market and symbiosis of related companies. In 2019, DRAX had sales of 33.4 Billion Won and among this; 7.8 Billion Won was from export. Last year, he established a corporate in the US and took over Australian company, Synergy. This year, he is planning to establish a corporate in Europe. Currently, export takes up about 20% of the total sales, but he aims to increase it up to 80% to become the world’s Top 5 Company. In particular, he recently started to build a second factory equipped with a high-tech automation system, so it is expected to be a base for growing into a global brand.

In the upcoming April, he is planning to build a Smart Gym system in Korea’s No.1 Sports Center, GoTo, and with this as the basis, he plans to expand to the global market.

If the smart system becomes popularized rather than being an option, CEO Yoo believes that it will achieve results that even developed countries cannot match. With this prospect, he is working on R&D to turn this expectation into reality through a clear market preoccupancy. 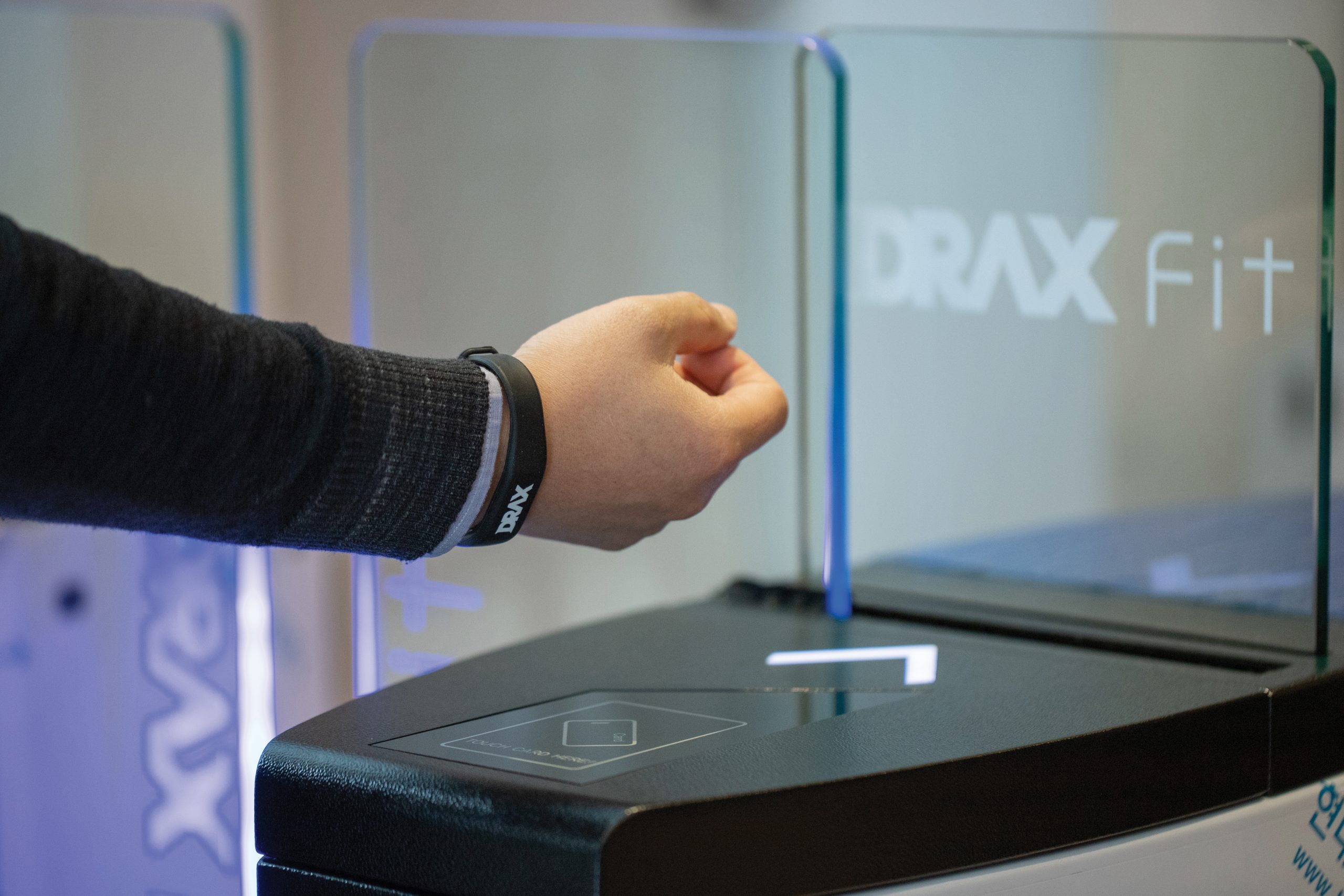 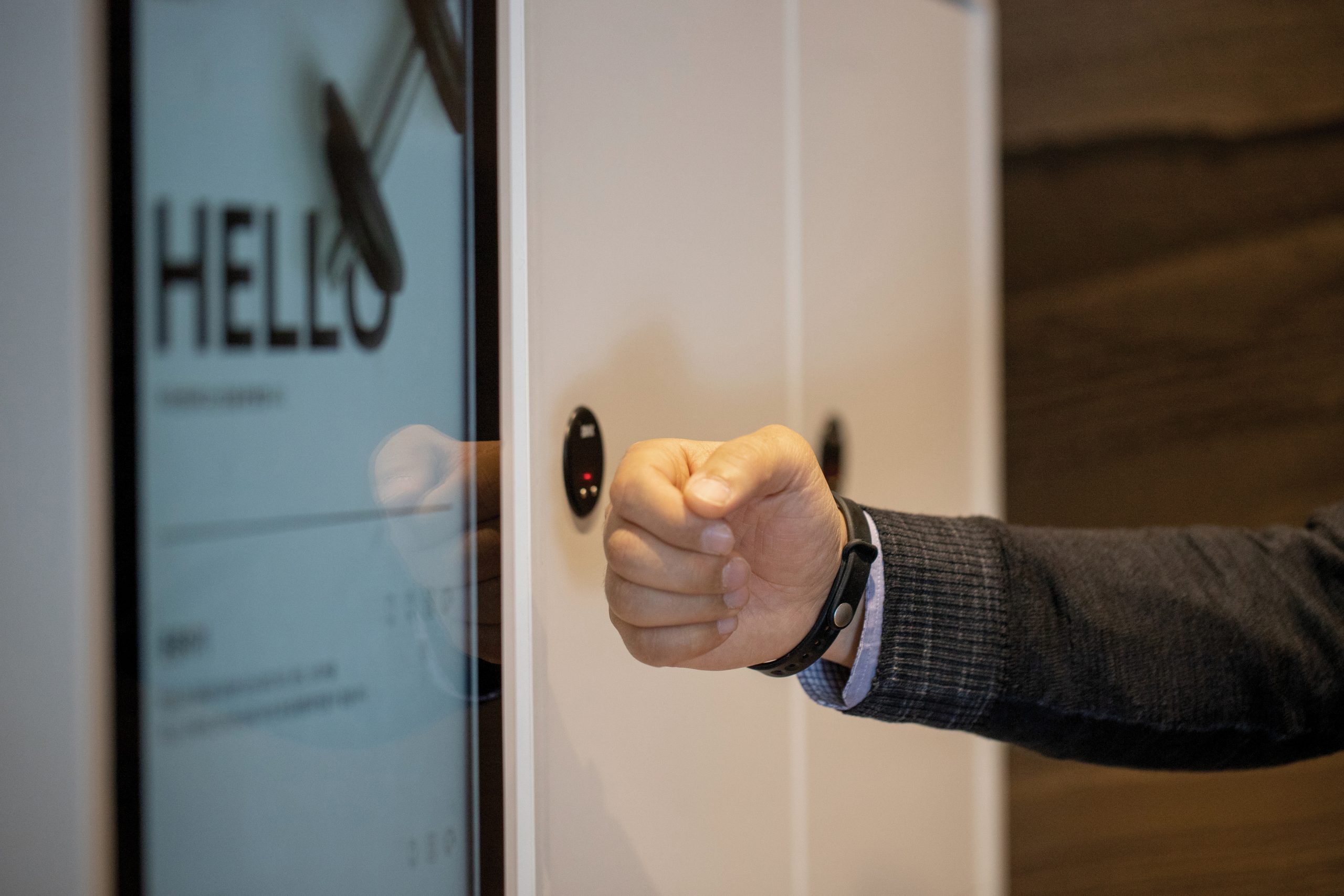 Success know-how 1. Invest first regardless of the reason

Korea’s manufacturing industry should not follow the industry form of the old days. Instead of cheap labor costs, it needs to build competitiveness through facilities and system upgrades. DRAX drastically invested. Thinking that maintenance of the status quo strategy leads to business closure, DRAX put its company life on acquiring preoccupancy. Surprisingly, there are many old companies in the fitness market. Most of them relied on sales networks rather than new product development and investment. However, DRAX continued to make investments, and this made them be the No.1 brand of Korea.

DRAX has a batch manufacturing system that directly produces all necessary processes from its factories. These processes include R&D, purchase of materials, process, manufacture, and assembly. With this optimized manufacturing system, they can supply remarkable products at a reasonable price. After outsourcing the first product, they decided that they need to reduce the manufacturing cost for competitiveness, and this made them reach the conclusion that directly manufacturing is the answer. Also, because fitness equipment needs to be safe, building an internal system was more important. Step by step, they increased processing equipment, and they finally completed the perfect manufacturing system in 2016.

Recently, DRAX recruited 5 more research personnel. Among them, 4 of them are IT experts. They had an experience of cooperating with an external company, but they had a break due to unit price control and upgrade. Know-how did not solely remain for them, so even if they released a good system, they couldn’t get a satisfying unit price. It was an experience that made them realize that selecting core competencies within the company and making them as their strengths are needed. Through R&D of in-house personnel, it became their dominant strength.